Early in my academic career at the University of Waterloo, I was fortunate enough to land a co-op placement at The Working Group. Back then, the team was just over a dozen people. We were taking on our first mobile projects, and were starting to outgrow our old office at the Burroughes building – where we still had musical jam sessions with the partners every couple weeks. I learned more and had more fun in that four-month placement than I thought possible. 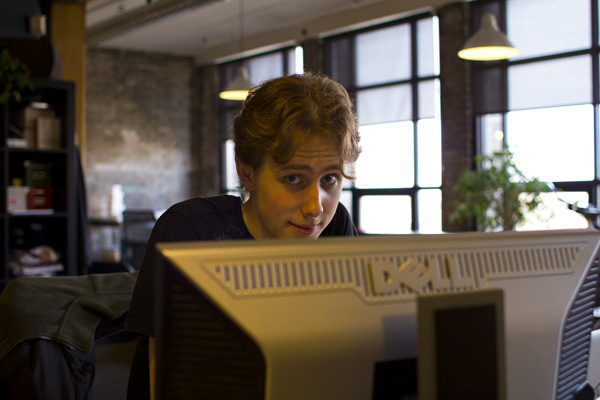 That was two years ago. In February 2013, I founded a software company that creates music apps that anybody can use. So far, our portfolio of products includes The Wub Machine, an automatic music remixing app, and Forever.fm, an app that creates an infinite DJ mix of the hottest songs on SoundCloud. These two apps have proven popular, and have already reached more than 1,000,000 people across the world. However, their development had also plateaued – the “next steps” in each project required too much time and effort for me to complete in my spare time. Luckily, as a Waterloo co-op student, my classes are interrupted regularly by mandatory four-month work terms. For my sixth and final internship slot, I decided to forgo the tempting internship offers from San Francisco startups – and to instead spend four months bootstrapping my own products. 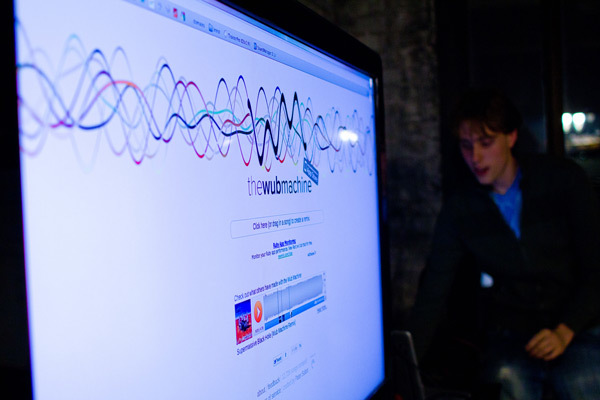 When I set out on this plan, I was first greeted by incredulity from my classmates who were returning to cushy internships in the Bay Area. One of the first people to offer encouragement was Andrés Aquino, partner at The Working Group. After I dropped back into the office to give a tech talk in early May, Andrés was quick to extend an invitation to return if I needed an environment to work in. For me, working full time to bootstrap my company, this simple invitation solved many problems. Without TWG, who would I bounce ideas off of? Who would I show my work to to ensure that I’m building the right products? Most importantly, who would point out to me when I was making mistakes? Incubators like Y Combinator or Waterloo’s own VeloCity Garage usually provide people who can fill that mentorship role – but I wasn’t yet at a stage to get accepted by either.

So far, only one month into my endeavour, things have been going extremely well. Having a desk to come in to and co-workers to talk with has been surprisingly motivating. The office has a very open culture that’s made me feel like part of the team again, despite only sharing a desk and hanging out in the team’s HipChat room. Each week, I’m held accountable by participating in morning standup meetings. (While I should hope that I don’t need external motivation to accomplish my goals, being present at the office has made it impossible for me to procrastinate.) I also make a point to demo two things every Friday: both the product I’ve worked on and the technology behind it. If I don’t learn something new each day, I’m not satisfied with my progress – and if I don’t pass on what I learn to the team, then I’m not doing my part. This spirit of “learning and teaching” also helps me solidify what I’ve learned and distill it into meaningful information that’s useful to others. 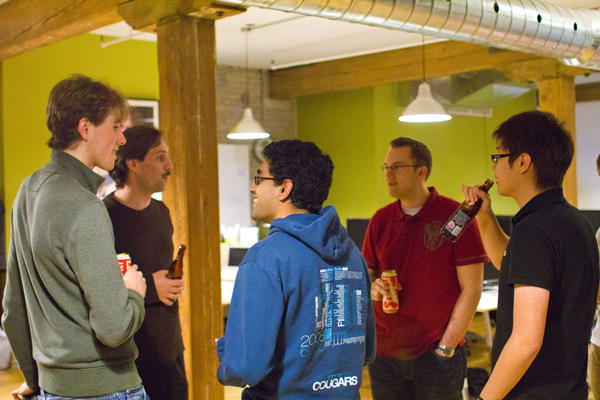 In the three months I’ve got left at TWG, I have a long list of things to accomplish. If productivity stays as high as it has been in the past month, I’ll have plenty to show for it by the time I’m done. My goal is to make sure that the TWG team learns just as much as I do.

I’m very proud to announce the launch of my latest project - forever.fm, an automatic, infinite online DJ. Forever.fm is a beatmatched stream of the hottest tracks from SoundCloud, mixed together to sound awesome, and continuing forever.... Continue →