I recently came into possession of both an Amazon Echo Dot and a Google Chromecast Audio, two devices that can both stream music to speakers. While the Echo Dot includes voice control features and does much more than just play music, both devices can stream Spotify, which is basically all I use them for. So which sounds better?

Disclaimer: As of time of posting, I am employed as a software engineer at Spotify, but this post does not reflect the views, opinions or position of my employer.

A number of forum posts around the web feature audiophiles claiming that one device clearly sounds better, even after enabling “Full Dynamic Range” (really just turning off a built-in compressor) on the Chromecast. As I had already biased myself by reading these posts, I decided to perform an objective test.

To test this, I connected the 3.5mm audio outputs from each device to a USB audio interface and streamed the same song via each device’s Spotify integration.

I took the resulting audio files and ran them through a spectrogram, followed by a spectral analyzer to get an estimate at the real-world frequency response of each device. 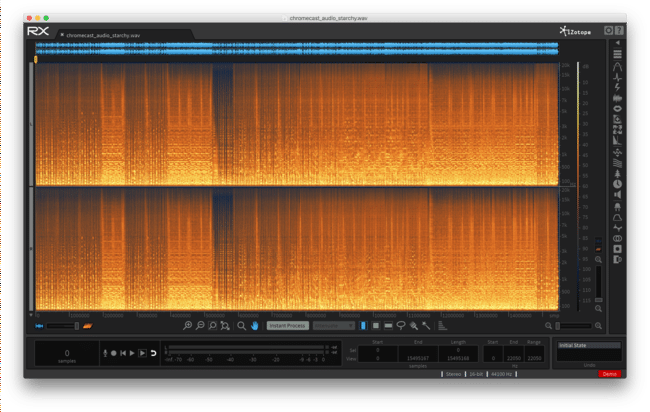 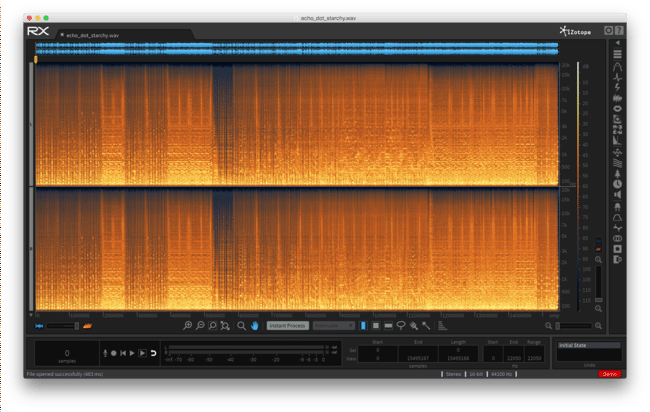 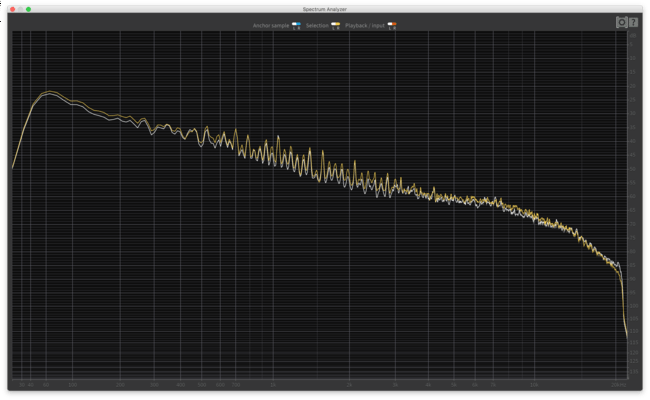 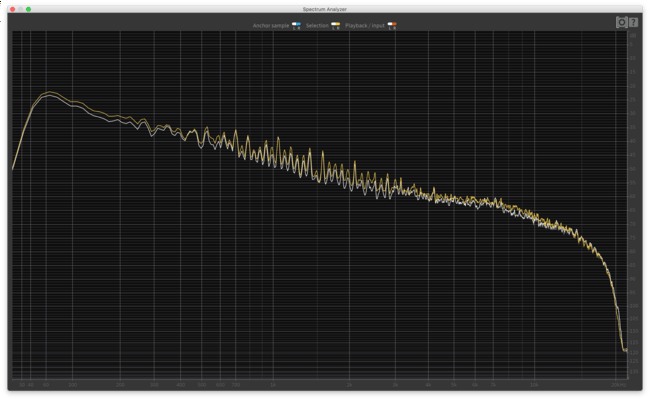 Both devices performed very similarly in this simple test, but the Echo Dot seems to have a visible roll-off at around 16.5kHz, which is just barely within the audible range for most people. The Echo Dot also seemed to have imperceptibly worse stereo performance, with the left channel being about 0.25dB quieter than the right.

As a result of this test, I’m going to continue to use both the Echo Dot and Chromecast Audio, as that gives me the best of both worlds - convenient Spotify streaming with voice control, as well as casting arbitrary, high quality audio content from Google Cast-enabled devices. (It doesn’t hurt that the Echo Dot was free via Amazon’s June 2017 “Publish a Skill, Get an Echo Dot” promotion.) And to have both devices connected to a pair of powered studio monitors at the same time, I’m going to build a passive summing stereo mixer.

If I were to repeat this test, I’d take care to set my audio interface to 96kHz instead, as it’s possible that each device used a different sample rate, and that it’d be possible to see the difference when testing with a higher sample rate. It’s also possible that the quality difference comes from different source material - i.e.: the Chromecast Audio might use the 320kbps Ogg Vorbis stream from Spotify, while the Echo Dot might stream the 160kbps version. (I’d expect to see a more dramatic change in the frequency response in that case, though.)

Late last week, I officially launched forever.fm, an infinite, beatmatched radio stream powered by SoundCloud. This morning, I was happy to discover that it had been featured in Hack A Day - one of my favourite hack-centric blogs.... Continue →