A DeepDream Web Service for $5 a Month

Google’s DeepDream neural net image processing library is a stunning application of advanced technology. If you haven’t heard of it, DeepDream uses an image recognition system in reverse - instead of trying to identify which objects are in a photo, it accentuates what it sees, producing extremely trippy visuals: 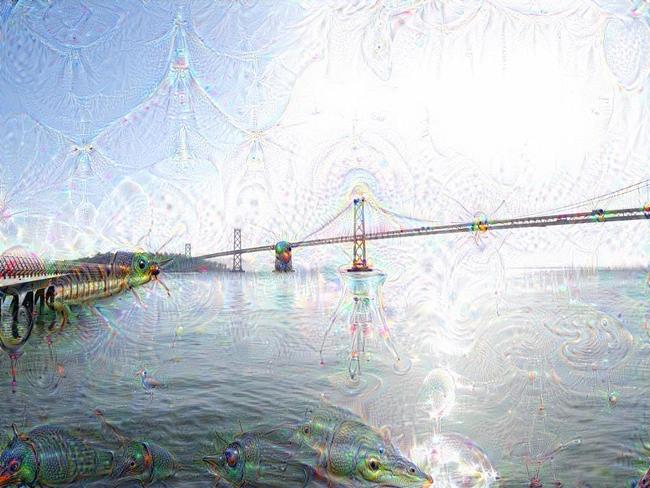 While DeepDream is cool, it’s also notoriously difficult to set up, as it was built by researchers with exceedingly complex software tools. Shortly after its launch, Matthew Ogle and myself decided to put together a web interface - http://deepdre.am to make the process simpler. 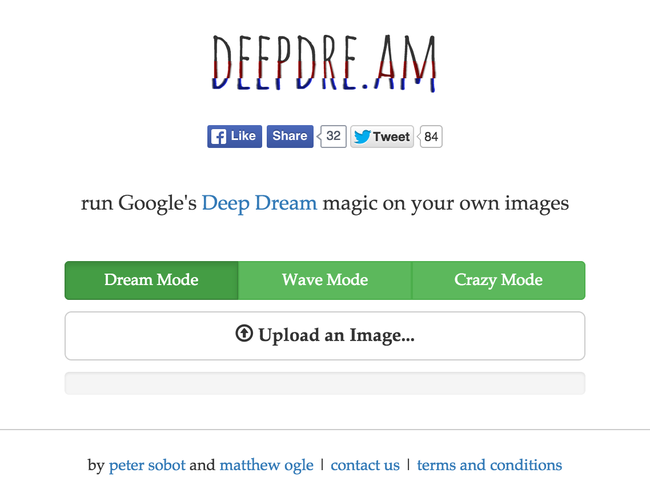 The site itself is pretty trivial - one page, with three options and one upload button. The fun part wasn’t the visual design or the user experience, but rather the scalable backend services that adapt the system to varying amounts of load without costing much more than a fancy coffee each month.

“Microservice” is a buzzword that’s used exceedingly often in today’s Hacker News. The concept is simple - to break apart disparate functions of your application as a whole into small services that can be updated, scaled and managed independently. In theory, this reduces the “blast radius” of a single system failure (be it a hardware failure, network instability, logical error, or any other problem) to at most a single service. In practice, microservices often become tightly intertwined with one another, preventing this goal from being achieved.)

When building deepdre.am, I decided to naïvely try out this concept and split out each logical component of the application into its own service. This resulted in 7 services, 5 of which are front-facing web services:

All of these microservices are implemented in Go, Google’s light, simple, and highly concurrent programming language. Using Go ensures some modicum of type safety, allowing me to catch trivial errors at compile time. Go is also trivial to deploy (binaries are generally statically linked and dependency-free) and extremely lightweight.

Each of the services listed above consumes around 4MB of memory when serving HTTP requests - less than half the memory used by Ruby just to load the interpreter, not to mention loading Rails or Sinatra. When running on a bare-bones web server to keep costs down, this tiny memory footprint makes an extremely noticeable difference in website performance. On average, both static assets and API requests are served within 30 milliseconds - unheard of when using a large framework like Rails.

While microservices are generally supposed to be fairly isolated, each with their own data stores and infrastructure, this project is small enough that I opted to share data stores. In this case, Redis is used for ephemeral data (queueing tasks to be processed1, progress updates, and notifications between processes) while MySQL2 is used for more permanent data. This approach allowed me to keep many of the advantages of microservices - including independent scalability, quick development, and tiny codebases - without using too many resources by spinning up multiple databases.

As with all of my side projects, my primary goal when building deepdre.am was not just to create a service, but to do so at absolutely minimal cost. My target is to spend under $10 each month on everything - instance hosting, amortized domain costs, S3 usage, and bandwidth. (I’ve found DigitalOcean3 to be powerful enough to support tens of thousands of monthly active users for $5/month, but there are countless hosts at similar price points.)

Hosting Redis, MySQL, and a handful of Go-based microservices on a $5 cloud host is trivial and speedy enough to support thousands of hits per minute. DeepDream, however, is a computationally taxing algorithm that requires a lot of processing power, and - ideally - a GPU to execute on.

This presented me with a hard problem. How do you provide quick response times without paying $468/month for a g2.2xlarge instance on Amazon EC2?

To spawn spot instances, I used Mitchell Hashimoto’s goamz package, which is a thin Go wrapper around Amazon’s AWS APIs. A combination of a custom private AMI (that includes all of the required software) and cloud-init user data (to force a code update from source control) allows an instance to boot, connect to its data stores, and begin processing tasks in less than 120 seconds.

Practically, this combination of queueing and spot instances keeps expenses for deepdre.am extremely low - somewhere between $5 and $10 per month, depending on system load. (Amazon’s Billing Alerts also allow me to keep an eye on my usage, to avoid unexpected spending - and to respond to spikes in traffic as necessary.)

The title of this post is mostly true - when load on the system is low, costs are around $5 each month. However, small additional costs do add up:

While the code’s not (yet) open source, the site is currently up and running - give it a try at deepdre.am and transform your images, if for no other reason than to stress test the system!

Special thanks to Malcolm Ocean for reviewing this post.

For this year’s holiday party at The Working Group, I helped build something special to spice up the party - a live, music-synced slideshow of the evening, powered by a nearby photo booth. Take a photo with your friends and loved ones,... Continue →