One of my web apps, The Wub Machine, is very computationally expensive. Audio decoding, processing, encoding, and streaming, all in Python. Naturally, my first instinct was to turn to the multiprocessing module to spread the CPU-bound work across multiple processes, thus avoiding Python’s global interpreter lock.

In theory, it’s simple enough, but I did run into a few very nasty problems
when dealing with multiprocessing in Python:

To find and fix these bugs took a lot of time, and a good debugging strategy. The most valuable tool turned out, surprisingly, to be GDB. GDB 7 has support for debugging Python runtimes, complete with pseudo-stack traces. Take a look at the following backtrace of a Python process provided by GDB and formatted for clarity:

Obviously, this looks much more complicated than a normal Python stack trace, but it’s a huge step up from zero debugability. If I proceed down a couple more frames, I find:

…which is the first piece of familiar code. Line 693 of logging/__init__.py is surrounded by a short function, and has a comment that brings the first bit of understanding:

Well, there you go. After fixing these race conditions and deadlocks, the Wub Machine’s success rate immediately jumped from horrible to 95% under load. 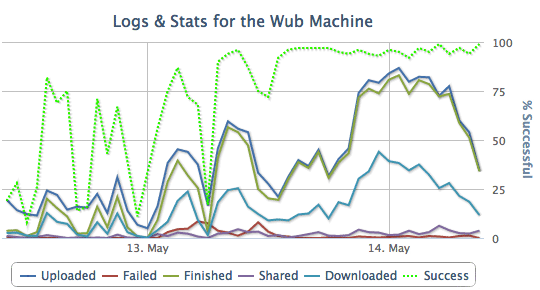 All it took was GDB and an understanding of fork() to solve these bugs. My only advice: be very, very, very careful when using multiprocessing.

The middle ground between form and function

I’ve noticed a distinct trend in all of my recent work. Not all of it is useful, and not all of it is feature-complete - but it all places a lot of importance on form over function. Let me give an example: Earlier this month, I put... Continue →